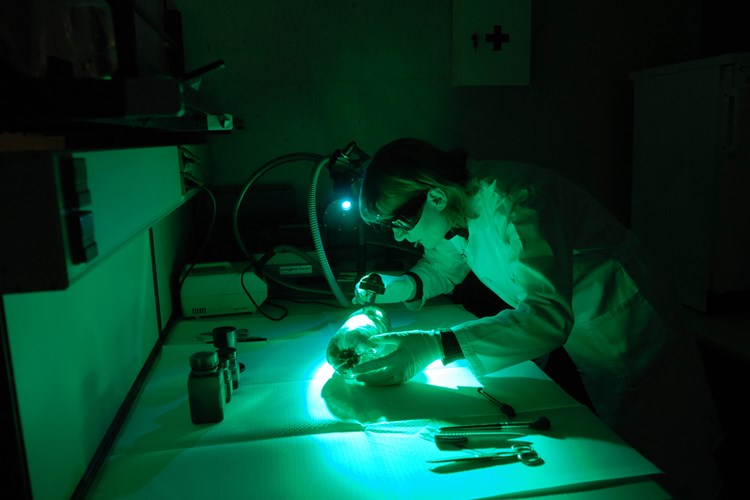 For more than 65 years, the Centre has been functioning successfully and contributing to the solving of crimes, which gives us immense pride and satisfaction. In addition, since its establishment, this institution has been actively contributing to the development of criminology and forensics through the education of experts. Professional success and an excellent reputation are the best possible reward for all of the Centre’s current and former employees. It has more than 120 employees and continues to maintain its position as one of the leading forensic institutions in Europe. Its leading position in the region is confirmed by the fact that it has held the status of accredited laboratory since 2010, in accordance with the international standard for test laboratories ISO 17025, and its accreditation lists of over 64 examination methods from all fields of forensics. Currently, the Centre is a modern forensic institution that uses state-of-the-art equipment and numerous accredited, standard and in-house methods which covers nearly all fields of forensic expertise. It is organized in 5 different departments which receive around 16 500 caseworks per year which correspond to 170 000 samples per year: Department of Dactyloscopy and Identification (11 700 cases), Department of Biology and Fibre expertise (1 800 cases), Department of Chemo-physical and Toxicological expertise (6 600 cases), Traseology Department (1 100 cases) and Department for Securing Traceability of Evidence. The Centre is responsible for the national DNA database, as well as the national fingerprint database and collection of bullets and casings from unsolved national criminal cases. Also, we have access to different online databases, such as FADO (False and Authentic Documents Online). Since 1998, the Centre has been a full member of the European Network of Forensic Scientific Institutes (ENFSI), the umbrella organisation of national forensic institutes in Europe, consisting of 64 member laboratories. We have permanent members in more than 10 different working groups and boards. Also, Centre has closed cooperation with various scientific institutions such as Veterinary Faculty, Faculty of Science, Faculty of Humanities and Social Sciences, Faculty of Transport and Traffic Sciences, Faculty Department for forensic sciences, Police academy and others. In the field of scientific research, the Centre prides itself in having produced a large number of published scientific and expert articles, doctoral theses, and master’s theses in the fields of biomedicine and healthcare, as well as in the technical, biotechnical, and natural sciences. Of the Centre’s nine employees who have obtained PhD degrees, three are Research Associates. In addition, three employees have master’s degrees and three more are PhD students. Our employees, in function of short term experts, were also involved in two EU founded projects which beneficiaries are regional countries. In those projects, Croatia was junior partner to Austria and Italy. We also have experience in drafting EU founded projects, and during 2017. has finished three of them.
We use cookies to help provide you with the best possible online experience. By using this site, you agree that we may store and access cookies on your device. If you want to use the sites without cookies or would like to know more, you can do that here.